Julia is a princess of the Veykh kingdom, but was born to the king’s concubine. Soon after she was born she was locked up in a tower. She’s alone there 24/7 except for her animal friends and the occasional visits from her father and cousin Henryk. One day, her uncle Hubert kills the king and queen and he comes for Julia. Luckily, her animal friends help her escape.

He’s a hot-tempered, overprotective dog, very dog-like indeed lol. I was really looking forward to him because I love dogs and he’s voiced by Hino. 💕 Anytime someone badmouths or tries to get close to Julia he gets pissed. He also loves to threaten to hurt anyone who tries to hurt Julia. Maybe it’s just me but I think it’s funny when he does that. I’m just like, “lol silly dog.” His route left much to be desired because everything seemed to happen so fast and it was kinda boring. I couldn’t really see that they had feelings each other (before the confession). Btw I’ve tried to figure out what breed he is and I think he’s an English Cocker Spaniel. However, he looks slightly bigger than the average one so I’m not 100% sure.

Before I played his route, he was the least interesting character to me. So I was kinda surprised that his route was more interesting than Ludwik’s. God Otomate sure loves them cages and its variations. It’s come to the point where it’s more funny than horrifying. Well I never found them horrifying but I suppose being locked up isn’t meant to be funny. I liked that Julia didn’t just sit around and mope when she was confined. She tried to escape even if she was unsuccessful. It’s funny how Mias loves eating eggs when he’s bird himself. It’s even funnier when nobody has the heart to tell him what he’s eating. 😂 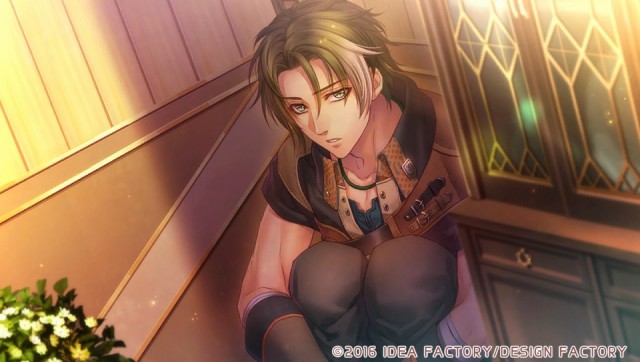 He is a giant child, very pure and innocent; he even sees Julia as his mom since she took care of him since he was young. Also Ryszard says he’s like the youngest child among them lol. He is also frequently the subject of Ludwik’s bullying. The more and more I play this game, the darker it seems to get. There was a part about human trafficking. It wasn’t a big part of the route but nonetheless it was there.

I always thought it was weird how he’s so smart even though he’s a HORSE. Turns out he’s actually a HUMAN. He’s also a prince. Who needs a shining prince on white horse when he can be both 😂 www. His route didn’t feel that much more interesting that Mias or Jozef, but still not as bad as Ludwik’s. 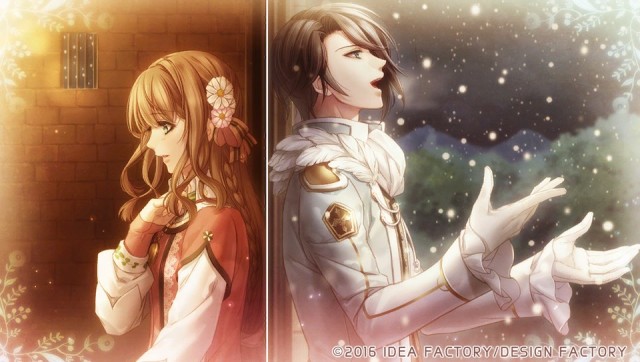 He too is originally a human but due to an accident he turned into a swan. I loved his dorkiness. I’m glad they didn’t cop out and pull out the “we’re not actually blood related” card. I wouldn’t say I’m into incest but it’s disappointing when they do that just to play it safe. His bad end was the saddest to me because Adele puts a curse on him so that everyone looks like Julia to him, making him go crazy. In the end he couldn’t take it anymore so he kills himself.

Otoge could always use more do-M characters so I was pretty excited about him. I say this even though I found Itsuki from I Doll U too weird. I wish we got to see more of his silly do-M personality though. Wow man the game sure favored him lol; he got three kiss CGs. Some characters got more than one too but they weren’t all on the lips. I was always wondering if he was related to Adele in some way because their clothing is similar and they both practice magic, didn’t expect it to be true lol. They basically jammed everything into his route and it was kinda overwhelming. We find out that there’s a dragon inside Julia. It has the potential to be destructive so she was locked up in the tower all those years because her father didn’t know what else to do. Another interesting thing revealed is that Barthold is the father of the four princes in Beastmaster and Prince. Also, what about the rainbow dust that she got from her mother? Like why her mother gave it to her? I don’t think that was explained.

This is a ‘what if’ route if the king and queen of Veykh didn’t get killed and everyone is friends with each other. Nothing really happens except everyone gathers at the tower and throughout the day, Julia hangs out with them. I enjoyed this route a lot because of the lightheartedness and it was nice seeing the villains on Julia’s side.

Before I played it I saw Amazon reviews saying it was bad, really short, etc. I didn’t have high expectations so I was kinda whatever about it. I wanted to get one of those limited edition sets at first and I’m glad I didn’t now. I was hoping at least Ludwik’s route would be good since I was looking forward to him but I was disappointed. I also played his route first, and it indeed felt really short, but all the routes after him didn’t feel as short. Maybe it’s just me because I can’t read Japanese that fast. On my first run I got the bad end because I failed all the mofumofu times. I expected the touch screen to actually work because it’s a Vita game. But no it doesn’t work. I was so close to rage quitting because I couldn’t get it to work after trying so many times. So I looked at the instructions again and tried using the O button and joystick. And it worked!! I swear I tried it a few times before but it didn’t work, I guess I was doing it wrong. I mean, for some Vita games, buttons are much easier to use than the touch screen. But what’s weird about this is that using the touch screen guarantees a fail every time, whereas the buttons don’t as long you touch the right spots. Also the mofumofu is such a simple game I don’t get why they couldn’t get the touch screen to work.

As for the story, it’s much darker than I expected, which is okay but it wasn’t even that well-written. Most of the routes were kinda boring until the climax. The character interactions were fun but character development is weak. They are pretty much static and none of them grew on me. That’s why I barely have anything to write about them lol. I thought Julia was kinda cool in Mias’s route, but then in the other routes, she’s just bland.

Another thing that bothered me is the way the animals act when they turn into humans. I guess they assume a human brain and human skills, but it’s still weird to me how they’re mostly familiar with human customs. I don’t remember Ludwik ever learning how to sword fight yet he knows how to use a sword.

The only thing I really enjoyed was the music and art. I’ll probably get the soundtrack sometime. Speaking of the soundtrack, they usually have it in the game extras but not for this one. Probably because they want you to buy it lol. Oh and the extras interface is really cute! 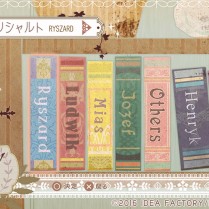 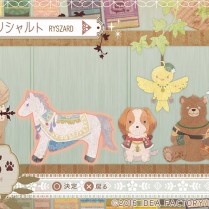