Hi all, it’s been so long since I posted lol. I just got kinda lazy. Anyway, I finally found the game cartridge after half a year so I was able to finish this horrid game. I’m just gonna write a short review for this, has some spoilers.

END_OF_DOCUMENT_TOKEN_TO_BE_REPLACED

I finished it right when the English version released! 😂 It took me way longer than I anticipated since I’ve been told it’s a short game. The story follows a group of Kouga ninjas and their mission in Kyoto. For our heroine Enju, this is her first mission so she’s very excited to do her best. The mission is a success but an unfortunate incident happens and thus comes the end of a peaceful time.

END_OF_DOCUMENT_TOKEN_TO_BE_REPLACED

As you can see on the sidebar, MoshiKami is on indefinite hiatus since I MISPLACED THE DAMN CARTRIDGE. I’m so stupid orz, this is what I get for not putting it back in the box when I’m not playing it. So until I find the cartridge, if I ever do, I can’t finish the game. I guess this is a sign I should avoid the game lol. I’m just glad I didn’t pay full price for it lol, also I’m not that invested in the game. But I’m still upset I can’t finish it because I like to finish all games I start unless it’s really unbearable. Anyway, I’m just gonna go on to the next game on my list, which is Hyakka Hyakurou, or Nightshade, if you prefer to call it that.

END_OF_DOCUMENT_TOKEN_TO_BE_REPLACED

My first annual otome game awards for this blog! I took some of the categories from the Dengeki Girl’s Style and added some of my own.

END_OF_DOCUMENT_TOKEN_TO_BE_REPLACED

Hey all! Lol I’ve been lazy in updating this blog. I wanted to post a 2016 awards post before 2016 ended but as you can see, I never did. So what have I been up to? I haven’t finished Moshi Kami yet and ditched it for the Ken ga Kimi FD. 😂😂😂 Some parts of Moshi Kami are interesting but  it’s also so dreadful and depressing that I just want a break. I’ll come back someday.

Moshi Kami is so disgusting, and I haven’t even gotten to the worst parts (read: Masato). This game is so low budget compared to KgK it makes me roll my eyes. Awkward CGs that were likely drawn by someone else and being lazy with bg art. The music is the best part of the game, I even bought the soundtrack.

On to Momoyo, I’M LOVING IT VERY MUCH SO FAR!!! I’m doing the side stories with everyone first and then on to the character’s individual stories. I love the different perspectives in each story because you can see what each character is doing at the time. The interactions between the guys are always fun. Not being able to access the books from the title menu is slightly annoying though.

For 2017, I hope to write some posts other than reviews. I want to write a forwarding/proxy services review and online shop guide. I also have a post about my HK trip few months ago that’s been sitting in my drafts. 😅 If anyone has any ideas about what I can post, feel free to comment!

Thanks to everyone who follows me, reads and/or comments on my posts! 😊💕

Image is unrelated, I just wanted a image on the post.

Cybird recently developed a mobile otome game for Sanrio Danshi. If you don’t know what Sanrio Danshi is, they are a group of five high school boys who love Sanrio characters. There’s Hasegawa Kouta who likes Pompompurin, Mizuno Yuu who likes My Melody, Yoshino Shunsuke who likes Hello Kitty, Nishimiya Ryou who likes Little Twin Stars and Minamoto Seiichirou who likes Cinnamoroll. Their twitter is always a lot of fun to look at and I look forward to their tweets everyday. I’ve only done Yuu so far but since I probably won’t do the other guys except for Shunsuke I’ve put up a review.

END_OF_DOCUMENT_TOKEN_TO_BE_REPLACED 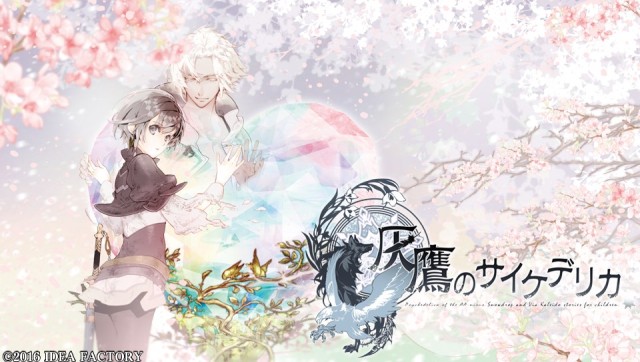 Two clans, the Falzi (Hawk) and Wolg (Wolf) fight over the rule of their town. I have no idea how to spell the pronunciation, tried using Google Translate to see what language it is but no luck. Maybe it’s just made up lol. Anyway, in this town there lives a girl with a red right eye, which is proof of being a witch. Fortunately for her, the eye only turns red when her emotions get worked up. Therefore she lives her life as a boy to avoid being found out. After living in the town for several years, she moved outside the town into a tower for fear of hurting the townspeople. One day, the acting priest of town’s church asks her to search for the missing “Kaleidovia,” a special object that is supposed to bring peace to the town. Throughout this task, she discovers secrets about the town, these “magic stones,” and herself.

I’ve also posted blurbs about most of the sub characters because they’re just so interesting! No Tee because I don’t really have anything to say about her. 😅

(Nov 13) Edited some stuff for Francisca and Aria/Olga

END_OF_DOCUMENT_TOKEN_TO_BE_REPLACED 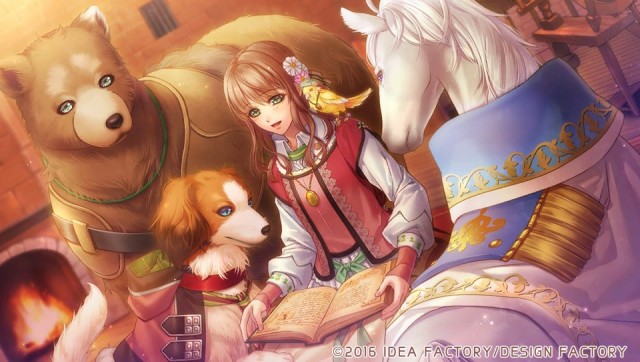 Julia is a princess of the Veykh kingdom, but was born to the king’s concubine. Soon after she was born she was locked up in a tower. She’s alone there 24/7 except for her animal friends and the occasional visits from her father and cousin Henryk. One day, her uncle Hubert kills the king and queen and he comes for Julia. Luckily, her animal friends help her escape.

END_OF_DOCUMENT_TOKEN_TO_BE_REPLACED

Nakayama Hinako was looking forward to a fun high school life as a girl but on the first day, she bumps into a boy that looks just like her. He happens to be her long lost twin brother named Hikaru. He forces her to go to Shishiku, an all-boys school, in his place and she can’t leave until she becomes the bancho (boss) of the school. Luckily for Hikaru, Hinako is great at fighting since Hikaru loathes it. Meanwhile, Hikaru enjoys going to an all-girls school in her place.